The world of pro-gaming saw a jump in popularity among women last year, with its female viewership seeing an increase from 15 to 30 percent, SuperData Research told Polygon following recent research done in collaboration with Newzoo. But even with the growth in audience, women seem almost entirely absent in the professional gaming arena.

Currently there are few active female users in the pool of professional StarCraft players, including Sascha "Scarlett" Hostyn, who previously saw success during the 2012 StarCraft 2 World Championship Series in Canada and later the Battle.net North American Championship that same year. There are no female professional League of Legendsplayers in North America.

While often blamed on sexism in the pro-gaming community, the low numbers of professional gaming women is in part a result of marketing strategies aimed to encourage a much more specific demographic: men between the ages of 21 and 34, according to the research company. As companies like Intel and Coca-Cola begin to invest in eSports they do so with an eye toward connecting not with the profession as a whole, but specifically "affluent young men," according to a study from SuperData Research.

Worldwide viewership for professional games tournaments exploded from 8.4 million in 2010 to over 70 million viewers last year, with the lion's share made up of a demographic of men between their late teens and early 30s, the research company confirms. These numbers put professional gaming audiences ahead of the Super Bowl in that same demographic, providing mainstream companies like Coca-Cola incentive to make major promotional investments into companies like League of Legend developer Riot Games, according to statements from Coca-Cola's head of global gaming Matt Wolf.

Last year, Riot Games partnered with Coke Zero to run a league for the Challenger tier of competitive play in League of Legends which later launched in North America and Europe.

"For us, it's not just about being there, and [having] our branding there," Wolf told us. "We want to get actively involved; we want to work closely with Riot. We want to bring value to the actual experience of preparing to become pro — providing tools and a structure with Riot for these players, to give them that shot."

When asked specifically about whether their pitch to male gamers could deepen the gender disparity in eSports, Coca-Cola declined to comment. But in a recent talk Wolf had this to say:

BIGGER THAN THE SUPER BOWL

"The Super Bowl is a massively viewed and very expensive platform for brands, to the tune of about 111+ million viewers every time the Super Bowl happens," said Wolf; However, he continued, "when you start to layer on a gender and certain age split that we're very interested in as a consumer packaged good company" then the Super Bowl becomes more limited in what demographic it can offer marketing companies. "An audience that Riot has created has actually eclipsed it several fold...Viewership is growing in such an amazing way, and unless you're in the games sphere it just doesn't resonate."

Ralf Reichert, managing director of the ESL, the world's largest independent eSports brand, acknowledges the growth of women in this territory, noting that the typical physical barriers to entry that are apparent in real-world sport simply don't exist in gaming, meaning: "There is no reason why a female gamer should not be able to compete with a male one, and surpass him in terms of skill.

"In ESL's German national championship we already had the first female professional playing in a "normal" team in 2012, so we expect this to happen on the level of the world's best gamers sooner rather than later."

However, ESL programming director Michal "Carmac" Blicharz tells Polygon: "We are not focused on expanding our demographic beyond who we currently reach because our core audience is growing every year. Historically all attempts to target non-core eSports demographics have been failures. Various companies have tried simplification, gender segregation, mainstream-friendly rule sets and other similar things but does not work. It is not authentic as it alienates the immensely large core audience in the hope that someone new might pick it up. We don't see the point."

Likewise, even with a pool of potential eSports fans available, marketing agencies don't recommend creating marketing strategies to target a more diverse clientele. Speaking with eSports marketing agency Trifecta Media, whose clients range from Blizzard to Ubisoft and Intel, regarding the benefit of basing marketing strategies around eSports to target potential female gamers, Polygon was told by a company representative: "In terms of gaining female gamers as readers, I think any benefit would be quite limited." The representative added that the creation of content around female gamers could, however, be worth "exploring" as it "always seems to create a fair amount of debate." 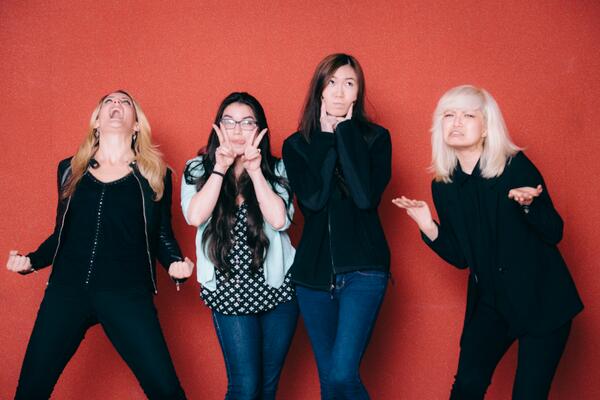 The influence of marketing strategies in defining technology and gaming demographics cannot be denied, competitive Super Smash Bros. Melee player Lilian Chen told Polygon. Chen, who earlier this month moderated a discussion on the state of women in eSports, continued: "It is fairly obvious in American society at least that men are more oftenencouraged to pursue hobbies in gaming, coding, and other interests that are typically labeled as masculine.

"My guess is that after decades, these founding effects snowballed, thus causing the genre imbalance we have today," she says. "We are now stuck playing catch up trying to reverse the effects.

"The discussion needs to happen because, in a not-so-eloquent metaphor, the competitive gaming community is going to willingly run headfirst into a wall eventually if they do not resolve this issue," Chen said. "The goal behind this panel is not solely about raising awareness on sexism in gaming. I think everyone is aware of this ongoing issue; whether or not they believe it is legitimate is a different story. My goal with the panel is to reach people who would typically scoff or immediately get defensive about this subject."

"The ultimate question then morphs into, 'How do we work together on resolving this problem without just pointing fingers?' as opposed to, 'How do we vanquish blatant misogyny?'"

While marketing and advertisement is being focused around male gamers, SuperData Research co-founder Joost van Dreunen tells Polygon that so far the primary growth in eSports diversity is largely the result of male professional gamers simply introducing the gaming subculture to family and friends.

"What's fascinating about eSports viewership, both online and at tournaments, is that players come with their families, just like you'd expect your mom and dad to do when playing football on Saturdays," van Dreunen tells us. "We've even heard about grandparents attending tournaments to see their grandchildren play for hours on end. With friends and families coming to support players, we observe a relatively high percentage of female viewers and older demographics. For publishers this means their brands are more likely to become household names. For advertisers it presents a unique opportunity as sponsorship is already a common component in traditional sports."

The pro-gaming industry will continue to see success even without cultivating female professional gamers, Chen adds; However, it will miss out on a potentially tremendous amount of talent.

"What I am trying to point out is that the gaming industry is missing out on a COLOSSAL amount of potential talent and engagement by not taking this issue seriously," she says. "While these problems do exist outside of the gaming industry, the gaming world seems to have a particularly bad reputation regarding sexism and misogyny.

TSG main goal now is not to just win tournaments, but to bring female esport stars into the competative scene. With the construction of our female Dota 2 squad, we hope to create a CSGO squad also, in light of the article above.